Adient & Summit Corporation Thailand (A&S) is a global market leader in automotive systems and facilities management and control. As a major supplier of seating and interior systems, and batteries in the automotive market, they are currently supporting Summit Auto Seat Thailand as the main vendor.

Recently, Linde proposed several truck types, such as the electric counterbalances, engine counterbalances, electric pallet stackers and tow trucks, but only the electric hand pallet trucks stood out to them, as their operators were using manual hand pallet trucks. As such, Linde offered them a demonstration of the MT12, which was released as a new product with a new battery technology – Li-Ion. Not only was there more comfortable operations due to its ergonomic design, productivity was also improved, as the MT12 was specially designed for warehouses or the goods transportation sector. With its powered traction and lift, the operator’s physical labour input is minimised.

Feedback after the demonstration was very good, especially with regards to the limited work area, as the MT12’s compactness guarantees maximum manoeuvrability when operating inside lorries or confined spaces. As a result, A&S were impressed with this feature, as well as as the ability to do opportunity charging through the external charger at any convenient power point for optimum uptime, which means that 2 working shifts can be managed without the need for spare batteries.

Also, all controls located on the tiller, the dual butterfly levers for traction and the lifting function can be easily operated by either hands to ensure precise operation and absolute reduction of fatigue, leading to increased productivity as compared to using the manual pallet truck.

Therefore, A&S ordered 2 units of MT12 and 2 units of MT15 for Pinthong2 plant, where the demo was conducted. MT15 had to be included as some loads are over 1.2 tons, making MT12 unsuitable.

As Summit Auto Seat Thailand has many plants, replacing the manual hand pallet trucks to MT12 at the first plant marks the start of a working relationship with A&S, in the hopes of more conversion to Linde trucks based on performance feedback from this first plant to the other plants.

Indeed, soon after, two other plants – Ban Poh and Rayong plant sent demo requests to test and compare the MT12 with their existing hand pallet trucks, and again, they were won over, and ordered 8 more MT12 units for their plants.

In addition, A&S have also suggested Linde products to their on-site supplier, like Platinum Workpoint Logistic to use MT12 or MT15 in their plants.

All in all, a cordial working partnership has been forged between Linde Thailand and A&S, and it looks set to deepen, with the possibility of increased extension of Linde products to more plants of Summit Auto Seat Thailand.

Get in touch with us today

No matter if you're looking for an electric forklift or a diesel forklift, we have the right one.

Our system ensures efficient deployment of equipment from Linde and other brands.

Whether you need to rent one forklift or an entire fleet, we have the right rental package. 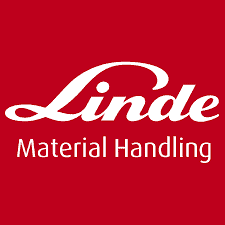 Thank you for contacting us